Following two years of stagnation, 2016 marks the return of a positive downwards trend and over the last six years, road fatalities have been cut by 19%. While this pace is encouraging, it may nevertheless be insufficient if the EU is to meet its target of halving road fatalities between 2010 and 2020. This calls for further efforts from all actors and particularly from the national and local authorities, which deliver most of the day-to-day actions, such as enforcement and awareness-raising.

During the conference Transport Ministers of the Member States of the European Union reconfirmed their commitment to improving road safety by endorsing the Valletta Declaration on Road Safety. With this declaration, Transport Ministers have agreed to continue to reinforce measures necessary to reduce the number of road deaths in the the UE by 2020 from the 2010 basline, and enhance cooperation between Member States—including relevant authorities, civil society, research institutes and the private sector—in particular with regard to road safety plans and strategies following a risk-based or an integrated approach.

You can consult the full text of the Valletta declaration and the preliminary country by country statistics for 2016 in the documents below. All the related documents are available on DG Move website and photos of the event are available here. 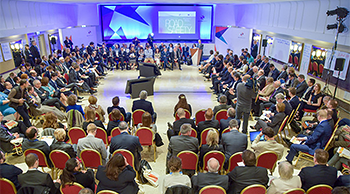