Road safety in the EU: fatalities in 2021 remain well below pre-pandemic level

Today the European Commission published preliminary figures on road fatalities for 2021. An estimated 19,800 people were killed in road crashes last year. This was an increase of 1,000 deaths (+5%) in 2020, but still represents almost 3,000 (-13%) fewer fatalities compared to the pre-pandemic period in 2019. The overall target is to halve the number of deaths by 2030. EU-wide, the last decade saw a fall of 36%.

Commissioner for Transport, Adina Vălean said: “As traffic levels return to normality, we must ensure that we don’t return to pre-pandemic numbers of deaths on our roads. At the EU level, we will endeavour through financing, legislation, and outreach to help deliver the ‘safe system’ of safer infrastructure, safer vehicles, safer road use and better post-crash care. But this is a shared responsibility with Member States, the industry, and road users. Every death and serious injury on our roads is avoidable.”

The contrasting picture across EU roads

EU-wide, road deaths in 2021 rose by 5% from the previous year, although comparisons with 2020 are strongly influenced by the traffic level patterns in each country during the pandemic. Between 2019 and 2020, the number of road fatalities fell by 17%.

The overall ranking (the ranking excludes countries with fewer than 100 fatalities per year) of countries’ fatality rates has not changed significantly with the safest roads being found in Sweden (18 deaths per one million inhabitants) while Romania (93/million) reported the highest rate in 2021. The EU average was 44 road deaths per million inhabitants.

Compared with the pre-pandemic year 2019, road deaths in 2021 fell by 13% with the largest decreases of more than 20% occurring in Denmark, Belgium, Portugal, Poland, and Lithuania. In contrast, Latvia, Slovenia, and Finland experienced increases in the number of road fatalities over the last two years.

The available data for 2020 (detailed 2021 data is not available yet) gives an insight into the type of road users involved in fatal crashes and their locations and shows the gender and age of victims.

Overall, 52% of road traffic fatalities occurred on rural roads, versus 40% in urban areas and 8% on motorways. Car occupants (drivers and passengers) accounted for 43% of all road deaths while pedestrians made up 20%, users of powered-two-wheelers (motorbikes and mopeds) 18%, and cyclists 10% of total fatalities.

Within urban areas, the pattern is very different with pedestrians (37%) accounting for the largest share of victims. With users of powered two-wheelers making up 18% and an increasing number of cyclists (14%) being killed, meaning that almost 70% of total fatalities in urban areas are vulnerable road users.

Men accounted for three out of four road deaths (77%). The elderly (65+) accounted for more than a quarter (28%) of all fatalities although proportionally more young people are killed on the roads. While 12% of those killed on EU roads were aged between 18 and 24, this age group represents only 7% of the EU population. Hence, statistics show that young people are more likely to be involved in a fatal road collision.

The EU has set itself a 50% reduction target for road deaths – and, for the first time, also serious injuries – by 2030. This was set out in the Commission's Strategic Action Plan on Road Safety and EU road safety policy framework 2021-2030 which also set out road safety plans aiming to reach zero road deaths by 2050 (‘Vision Zero’). This included setting out key performance indicators for safe vehicles, roads, and roadsides; safe road use, including safe speed, sober driving, preventing driving while distracted, and use of safety belts and protective equipment; and fast and effective post-crash care.

The first results for the key performance indicators will be presented at the EU Road Safety Results Conference on 18 October 2022. This biennial event brings together policymakers, civil society and road safety practitioners to assess the state of play of road safety in the EU and which next steps are needed to achieve ‘Vision Zero’.

Road safety has also been a core element of recent EU mobility policy initiatives including the Sustainable and Smart Mobility Strategy, the Commission proposal for a revision of the TEN-T regulation, and the Urban Mobility Framework.

For more information on the statistics and figures, see here. 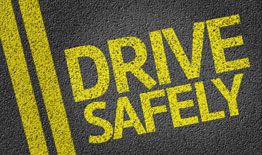