Helsinki and Amsterdam are known for their innovative ideas and actions in sustainable urban mobility. They are inviting motorists to take part in a study that aims to offer the most socially responsible driving routes in each city.

Both cities are aware that cars make up a large majority of traffic, and they want to improve how cars are moving in the city. Therefore, Helsinki and Amsterdam invite their motorists to help them ‘code’ the street, making their routes the most socially and environmentally responsible.

The initiative behind the idea is called ‘Code the Streets’. It operates with navigation systems testing a new function - next to usual options like the fastest or shortest route, drivers can choose the most 'social route'. This includes suggestions on avoiding roads close to schools, residential areas or parts of the city exposed to high pollution levels.

Sami Sahala, ITS Chief Advisor, City of Helsinki, explains: “Users will be shown the fastest route and the ‘social’ route, which will have a short explanation as to the benefits of taking this option. Something like ‘Hey, there’s a big running event in this part of the city so there’ll be lots of people in the area’ ”.

Both cities have further specific interests in testing this new technology. Amsterdam wants to explore how coding roads can be used to protect its historic centre in terms of deliveries e.g. by flexible loading zone management and heavy vehicles rerouting. Helsinki wants to employ coding roads in its feasibility study towards the introduction of congestion charging.

‘Code the Streets’ is an EIT Urban Mobility initiative and involves administration, research and innovation as well as car industry players. 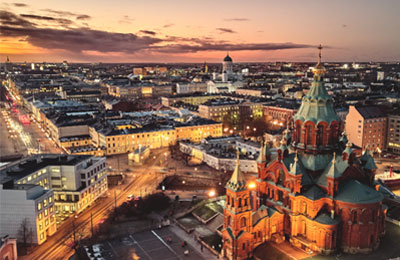