25 countries took part in the annual flagship campaign of the European Road Policing Network carried out in the week of 16-22 September with the goal of achieving ZERO road fatalities. 16 countries reported ZERO fatalities with others reporting preliminary data considerably lower than the average numbers.

At a press conference in Budapest, campaign project manager, Tasos Ashikkis of Cyprus Police stated “Data shows that due to good road infrastructure and professional roads policing, Europe has achieved a lot. This does not mean we should be complacent, but on the contrary, we must continue to strive for fewer casualties”, Ashikkis said to the audience in Hungary’s capital. “We have to intensify our efforts because nowadays 62 persons lose their life daily on the roads and streets of the European Union with the relevant number for the whole European region at 220.

More than 606 events were organized during the week with the aim of attracting public attention to the subject of road safety and safe mobility. Also, there were more than 1290 pledges for responsible road behaviour signed online and many more signed physically on the spot at campaign events.

“As hosts we are especially proud of the fact that Hungary registered no road fatalities on the control day. But what is even more fascinating is that it was actually also the 100th day of the year 2021 with ZERO road deaths”, announced chief of Hungarian Traffic Police Jozsef Oberling. “Let the public know that campaigns like ROADPOL Safety Days do not mean we fight road fatalities only now. It is our job and we are dedicated to it every single day”, Oberling stated.

“Our mission is to raise awareness of every single person - that small changes in behaviour make a big difference. Just with adaptation of attitude and respect of traffic rules people can avoid becoming part of road crash statistics”, said ROADPOL’s VicePresident Sanja Veic from Croatia Police. She emphasized that ROADPOL’s Pan[1]European enforcement operations aimed at speeding, alcohol/drugs, distraction, etc. also have a preventive character. “We often announce control locations and call citizens to send us locations where they wish to see police controls. Because we want Vision Zero to become real zero!”, Veic appealed.

“The current death toll on the roads and streets of Europe is a very high price for the sake of human mobility. The know-how to achieve the aim of ZERO fatalities is norocket science. Just as in air traffic, everybody should simply stick to the rules”, stated ROADPOL’s General Secretary Heinz-Albert Stumpen. “But in order to achieve this we need enforcement, education and public awareness campaigns. And these are exactly the three pillars of ROADPOL which our network applies on a cross-border level”, Stumpen concluded. 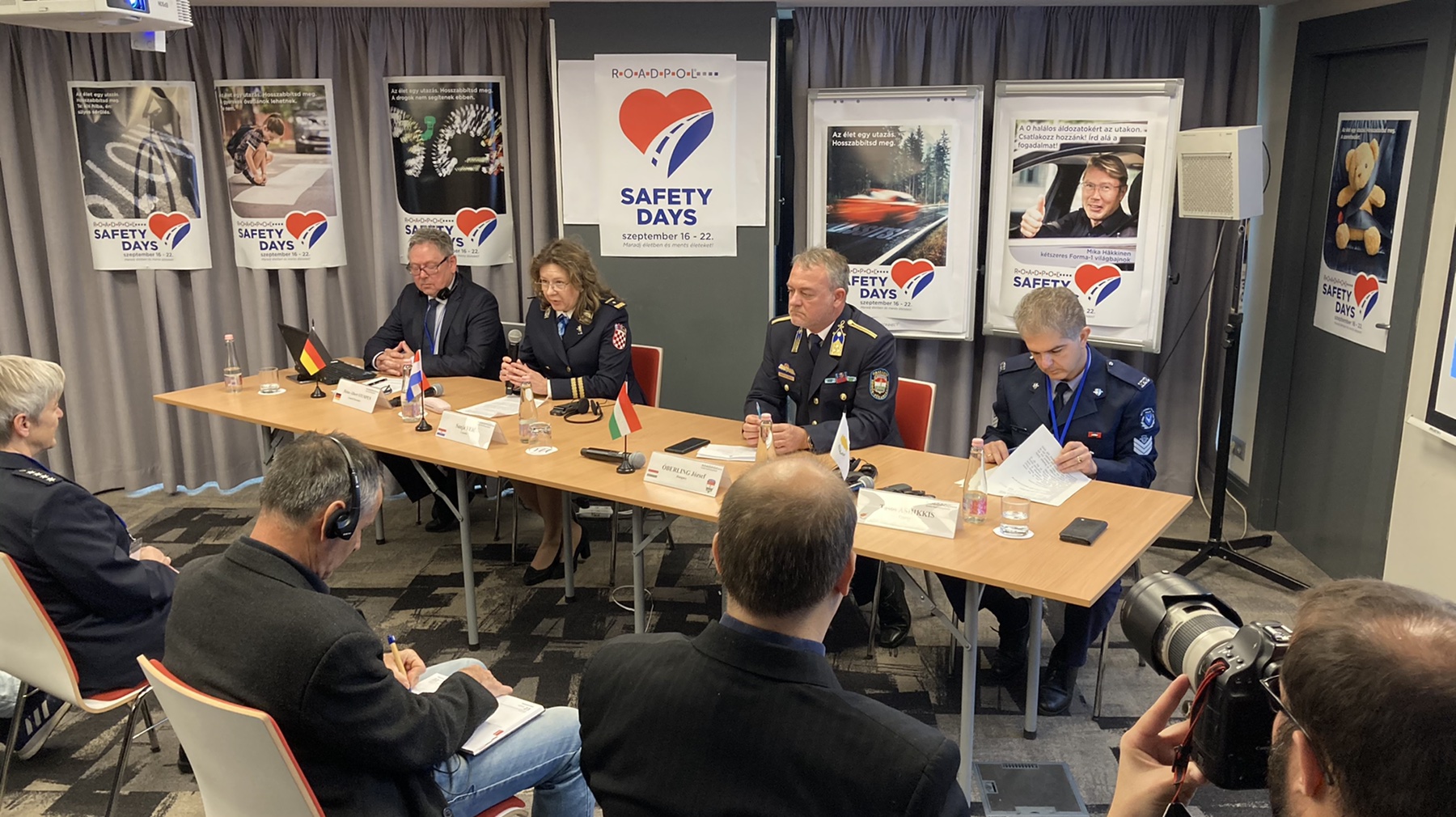