The Road Safety Week is one of the key road safety events in Ukraine, which traditionally brings together representatives of the government, business and NGOs, scientists, volunteers - in order to take stock of the year, set an agenda for future cooperation and develop areas of cooperation for the next year. In the framework of the Road Safety Week numerous round tables take place, as well as conferences, debate club meetings, actions, flash mobs. The initiator and organizer of the Ukrainian Road Safety Week is the NGO “Ukrainian Road Safety Association”. Every year (since 2009), the Road Safety Week receives a big support from all the sectors. Start of the auto rally on highway Kyiv-Chop, which was carried by members of the BMW Club Ukraine and Mercedes-Benz Club Ukraine within the Ukrainian project “Road Audit”, became a starting event of the National Road Safety Week 2012. The materials collected during the auto rally received an expert opinion of scientists, based on which the recommendations was made for appropriate institutions in order to improve the situation on the roads.

During the auto rally “Road Audit”, the Ukrainian Road Safety Association was the first one in Ukraine and in the world to conduct a road audit, namely audit of the state of road safety on highway M-06 Kyiv - Chop. The auto rally was carried by four crews, which documented shortcomings of the road. The data was processed by the Department of Urban Construction of the Kyiv National University of Construction and Architecture (Professor Evgeny Reitsen and Assistant Tatiana Pohutsa). Using the capabilities of automobile clubs and with the help of experts, the audit of M-O6 Kyiv-Chop highway was conducted in the daytime and at night. The purpose of the project – to carry out the road assessment, analyze the road for pedestrian and cyclist safety, verify compliance of the highway Kyiv-Chop parameters with state standards of Ukraine and international requirements. In Ukraine, the network of roads of local importance includes 169.5 thousand km of roads, of which 165.8 sq km are paved (excluding municipal, departmental, inter-household roads). Almost all roads in Ukraine pass through localities, which does not comply with requirements for the international transport corridors, as it causes the speed limit of motor vehicles. The transport and operating condition of roads is also unsatisfactory: 51.1% did not meet the requirements for equity, 39.2% - for durability. The average speed on motorways of Ukraine is 2-3 times lower than in Western countries. The road M-06 Kyiv-Chop connects the following cities: Kyiv - Zhytomyr - Rivne - Lviv - Uzhgorod - Chop According to statistical data provided by the State Automobile Inspection, there were 1295 road accidents on the road M-06 Kyiv-Chop in 2010, and 1246 road accidents in 2011. However, considering the given statistics for 8 months of 2012, there is a possibility of further increase in the number of accidents on this road. The road was divided into separate sections, and an expert opinion was made on each of them. Materials collected during the auto rally received expert opinion of scientists, based on which recommendations for appropriate structures were developed in order to improve the situation on roads. Participants of the auto rally reported that compared with 2010, when the previous auto rally took place, the infrastructure of Ukrainian roads has become somewhat better. In particular, the Kyiv-Chop highway, which was build up to the European Championship Cup 2012. However, shortcomings still remain. The crews have documented them and handed over to the experts. The average carriageway of the highway M-06 Kyiv-Chop is 11620 sq.m, of which more than 65% of the average area has satisfactory conditions with damaged road surface, existing holes and tracks (Lviv, Transcarpathian region, partly Zhytomyr region). 85% of the highway M-06 Kyiv-Chop is not illuminated in the dark time. At the part of the road Zhytomyr-Kyiv (128 km), the participants of the rally noticed that lighting of the road junction switched on only at 17:57 (local time). Some parts of the highway M-06 Kyiv-Chop have no relevant signs of pedestrian crossing, or lack of appropriate markup - “zebra” crossing, as evidenced by data showing the exact kilometer of the road. There is a limited visibility of pedestrians in the Rivne region, in particular where the noise barriers are placed. The recommendation is to develop the appropriate regulations to improve the optimization of road traffic on the highway M-06 Kyiv-Chop, which will help to reduce the number of injured and road traffic victims. The road audit report was sent to the State Road Agency of Ukraine (“Ukravtodor”) to address the deficiencies identified during the audit. Project development In 2014, the Research Institute for Economic and Managerial Issues of Road Safety was established at the Kiev National University of Construction and Architecture (KNUCA). One of the objectives of the Institute is to develop a road audit methodology and develop a system of learning this methodology for representatives of the volunteer movement. The volunteer movement is being developed by the NGO “Ukrainian Road Safety Association”. 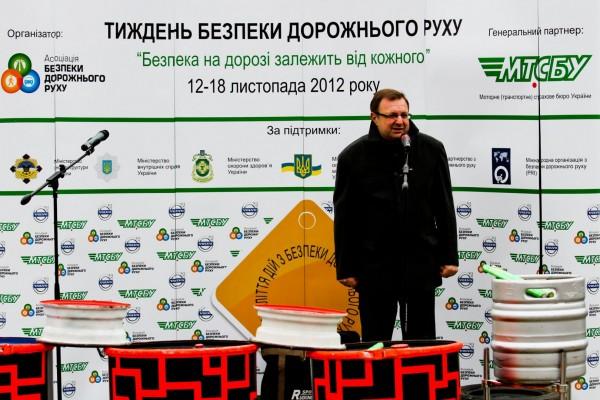 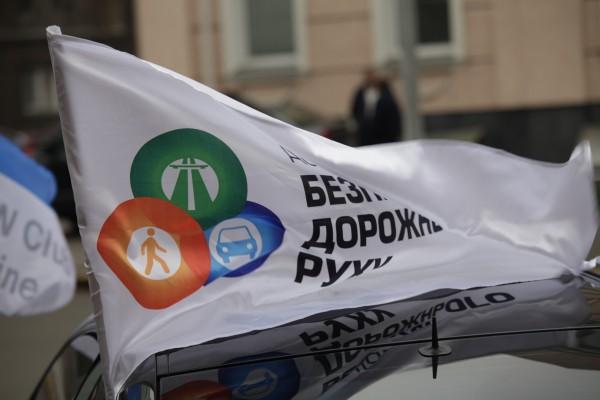 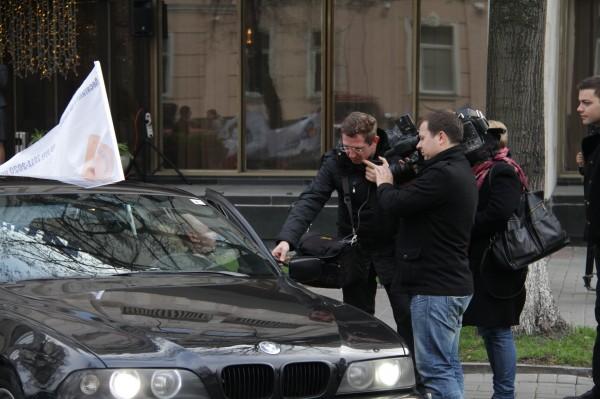 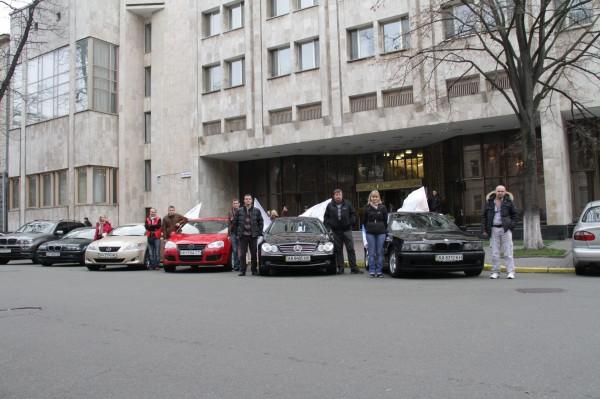 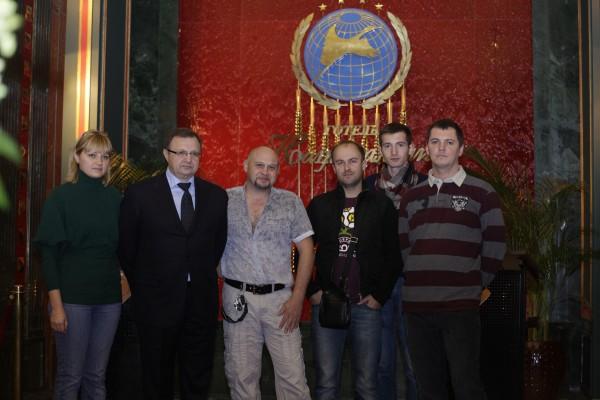