On March 28, 2022, AZT released a new study on accident figures, trends, risk parameters, and counter-measures in/for bicycles and motorcycles. Two accident data in-depth studies (bicycle-motor vehicle collisions and motorcycle accidents of any kind) were run, as well as two representative surveys for bicycle users in Germany and Switzerland. Risk scores were calculated, such as bicyclists for slow electric bicycles again non-motorised pedal-bicycles (which is three times as high) or the risk of fatal head injuries in bicyclists against other traffic participants. In Allianz claim data, the risk of having a head injury is doubled, when traveling without a helmet.

Worldwide, one in four road fatalities and nearly one in two non-fatal injured road participants are two-wheel drivers. In Germany, one in two severely injured road traffic victims is a cyclist. And this trend is rising, in Germany as well as in Switzerland and Austria. Clearly, the bicycle-to-bicycle and the bicycle-to-pedestrian collisions were subject to a rise within the last ten years.

Two in three bicyclists say they use sidewalks for cycling against the law. Separation of high-speed from low-speed traffic is an acknowledged measure for fighting cycle accidents. But infrastructure is still poor. On the other side, cycle lanes do not always solve the problem. The Allianz insurance claims data of bicycle-to-motor vehicle collisions show that 40 percent of all accidents with personal injuries (of the cyclists) happen when the cyclist is coming from a cycle lane (or from legal sidewalk driving) and reaching a crossing, where the motor vehicle was due to give way. Any measure, from enhancing vision axles, changing crossing geometry, slowing speeds, or raising attention, is worth thinking about.

In motorcycle accidents, a huge lack of modern brake systems and other basic safety features is lamented. The average motorcycle age of machines involved in accidents was 12.4 yrs (in all machines without an anti-lock-braking system, some even 20 yrs). However, speed and distraction were the most problematic two motor vehicle drivers' errors. Distraction was also significant in bicyclist accidents.

E-scooters were of very specific interest for safety, since they often do not have insurance, which is a duty in Germany. Here, we do not have a question of commerce, but the problem is those accident victims (namely other participants such as pedestrians) are not secured. Last but not least, the interesting fact was found that any accident without opponents (single accidents) had a double risk of severe injury than accidents with opponents.

The study outcomes caught the attention of road safety decision makers, namely the AZT demand on a helmet law for children and for electric bicycles. The press release and resonance were also successful; in terms of media work, an effective press radius of several million was achieved. All leading media institutions reported on the findings.

Feel free to use the images attached for non-commercial, but safety measurement reasons, with quoting them "(c) Allianz Center for Technology. 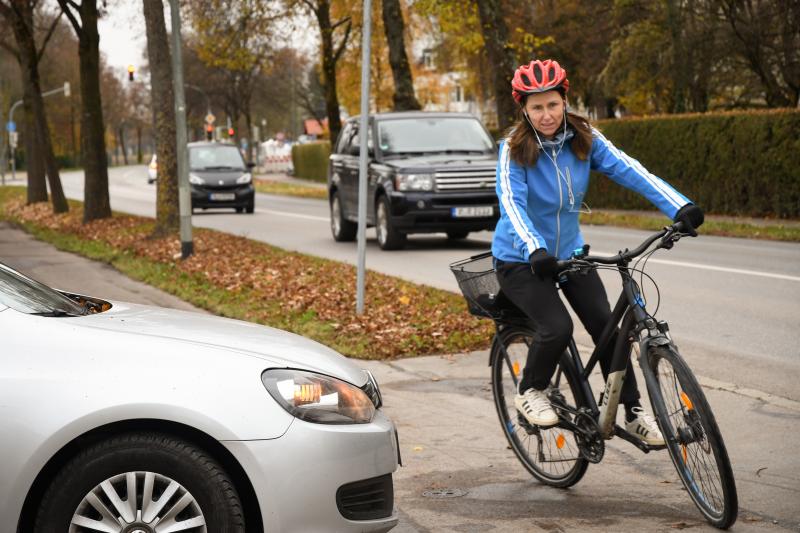