As the summer passed away, Lithuanian Transport Safety Administration has ended their social campaign which encouraged young pupils to share their drawings on how they imagine a safety reflector which could save their lives in roads. With a beginning of a new academic year, winners of the contest have been awarded and reflectors based on their drawings are now being presented and will soon be available for more than 15 000 road users.

The idea to declare such a campaign has been initiated after discussions with psychologists who suggested that safety in roads could be sufficiently ensured by promoting safety culture among younger generation. Educating children from their early years could then result in their safe behavior in roads once they are older.

Following this, Lithuanian Transport Safety Administration has invited young people to draw a painting which could later become a safety reflector – a safety tool which aids visibility of a person on the road. More than 1 000 drawings were received with different ideas behind them. One of the biggest media channels in Lithuania helped to decide on the winner as the readers of the portal had a chance to express their opinion and vote for the best idea.

The winning entry came from a schoolgirl in Panevezys who is currently attending a local “Vilties” pro-gymnasium. Administration’s representatives have congratulated the winner during the opening of new academic year. They encouraged everyone to take an active part to promote safety culture within their classmates, schools and their families.

“As Lithuania celebrates its 100 years of independence, it is so fitting that the winning idea is based on a shape of our country. We have managed to produce 100 examples already and hopefully it will make an impact towards safer roads” – concluded representative of Lithuanian Transport Safety Administration Irmantas Kuzas.

Be Safe Lithuania, Be Safe in Lithuania – a safety reflector which was created as a result of ideas of young people across the country will hopefully create a great foundation for safety culture within younger generation. 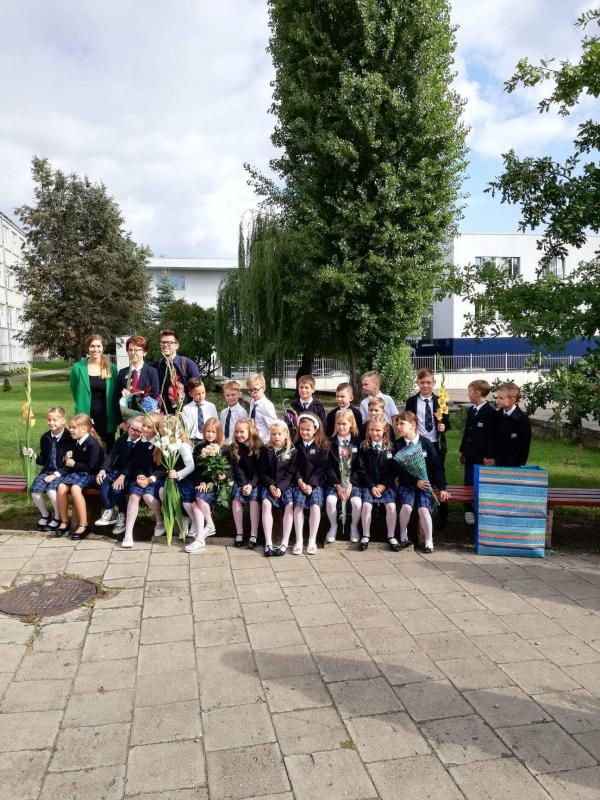