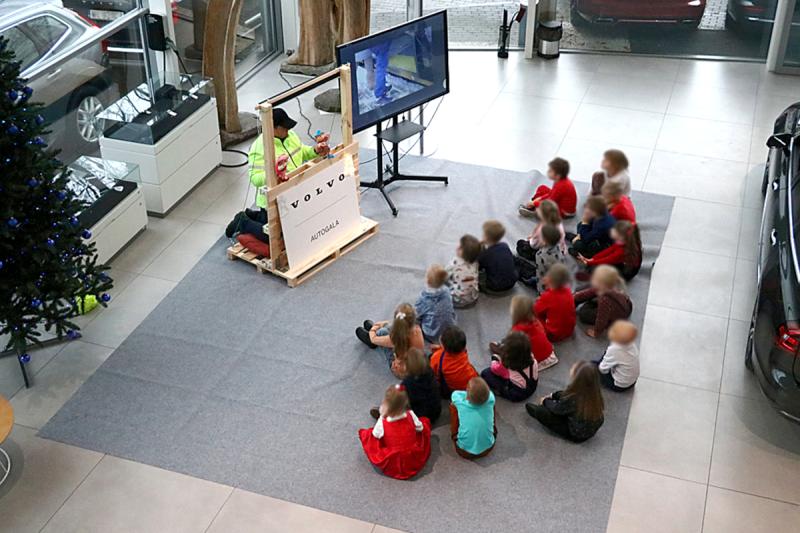 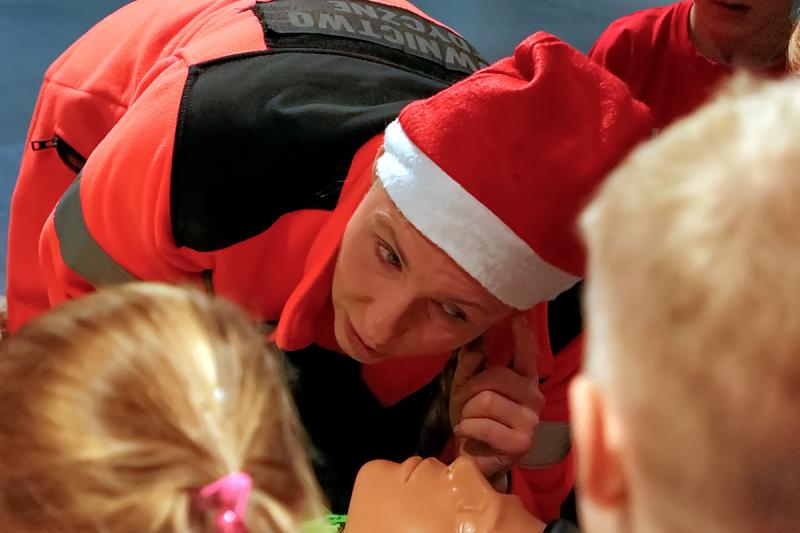 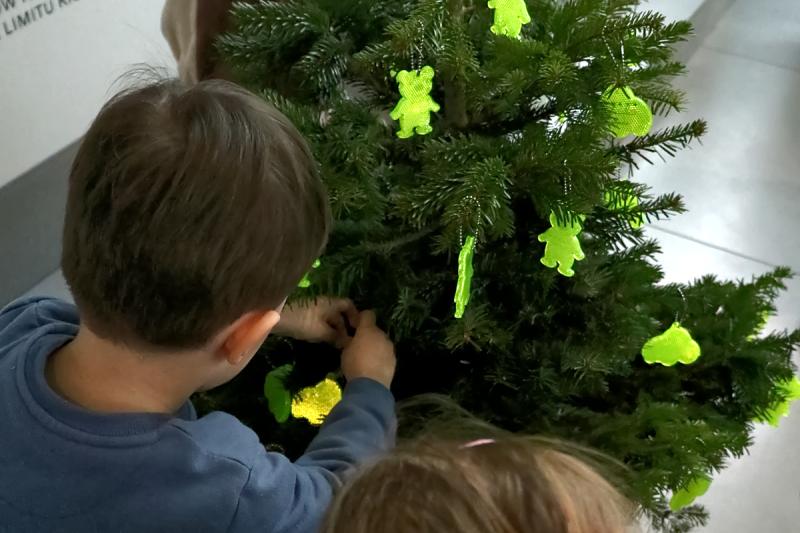 St. Nicholas' Day at the Volvo Autogala showroom was the second road safety workshop for children from local kindergartens. The workshop was divided into two modules. The first one was first aid classes. The children practiced CPR, dressing wounds, talking to the 112 operators. The second module was a two-act puppet theatre. The theme of the first act was "Light". December is the darkest month in Poland. The nights are the longest, the days the shortest. December is the most dangerous month for pedestrians. The puppet policeman told the children how much light is needed for our eyes to see, how to improve kids visibility at night, even in the light of lamp posts. The second act touched on the rules for using the bus, subway, train, and tram. Children watched 4 films, then they had to tell which rules are common, they had to point out the difference in these rules. At the end of the day, the children decorated the Christmas tree. The baubles were reflectors.

The project is a model example of how the Stockholm Declaration should work in practice. The classes were ordered by a car dealer showroom, didactic films were financed by the City Hall of Warsaw, and the project was carried out by NGO. Three spheres met in one project - commercial, public, and non-governmental. The common denominator of the project was #savekidslife. The partners of the project are City Bus Company, Warsaw Metro, Fast Urban Railway and Warsaw Trams. We wouldn't have made the films in a week without their help.

The project "Road and class. Kindergarten." was financed from the program of small grants of the City of Warsaw, EUR 2,500. We had to do most of the project ourselves. The actors in the films were our children, the stage of the puppet theatre was designed and built by ourselves in our own garage. The construction turned out to be solid. The kids liked it! We will meet 3 more times in the Volvo salon.

The program "Road and class. Kindergarten.” is our original project of educating children in kindergartens (aged 3-6).